What Service We Offer

We offer a variety of services that help your child in the number of areas they may need assistance with as they navigate through life. 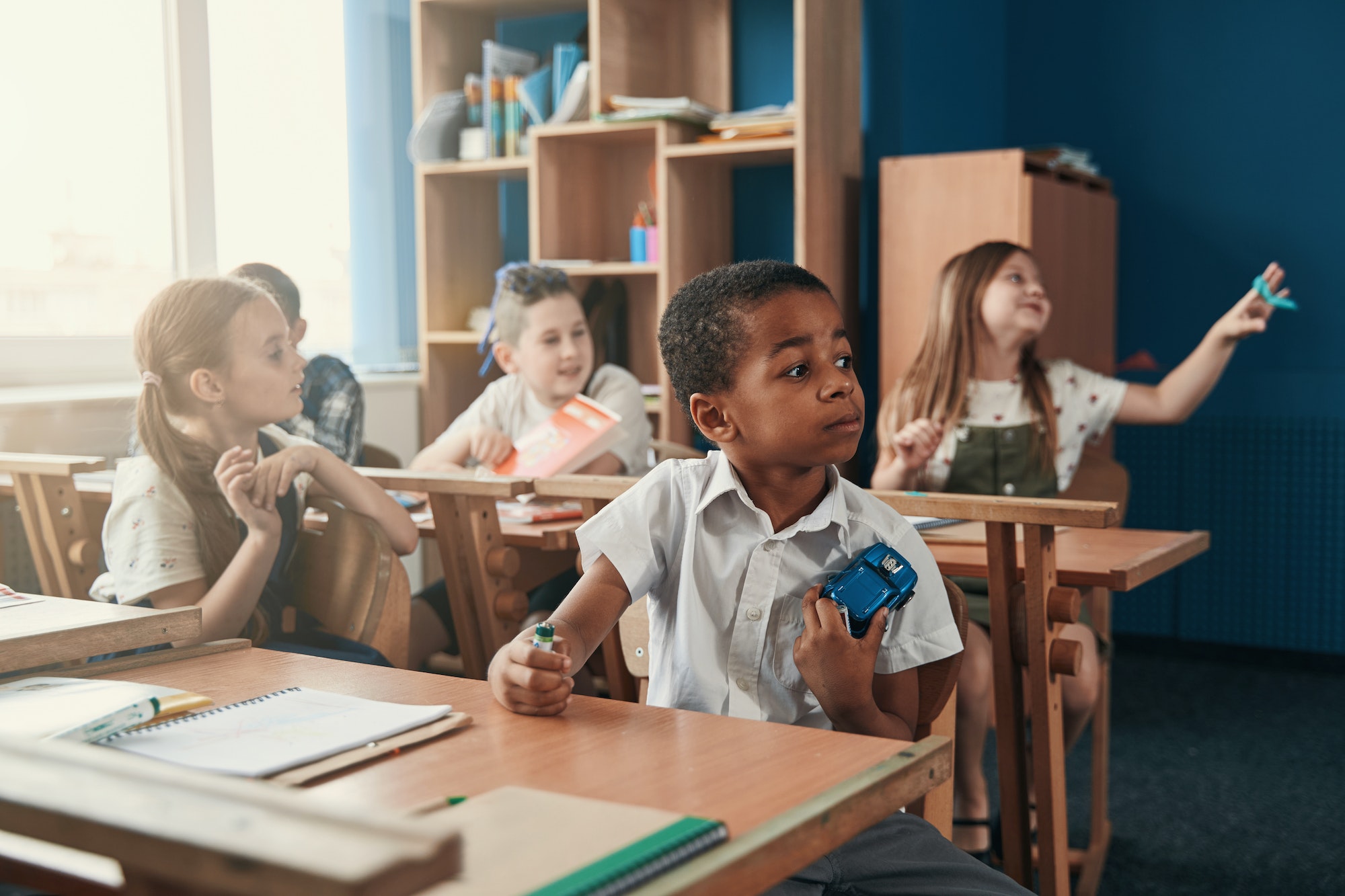 Play is thought to be the natural language and process a child uses to make sense of the
world, promote insight, initiate change, and experience healing. Children play what they
know, see, and feel. For example, a child’s play could present as a past memory, a
troubling situation, or a recent experience. Each child’s play reveals itself differently
across individuals and represents something genuine and personal to them. Play can help
the therapist better understand the world through the child’s eyes. Despite language
variations, intellect, or development, play is an amazing vehicle for most children. Play
allows the child to express their needs, goals, desires, pain, and so much more without the
stress or confusion of language. Play is a natural & incredible tool in the healing process
for children.

Benefits of Child-Focused Play Therapy:
• Develop coping strategies and creative problem-solving skills.
• Taking more responsibility for certain behaviors.
• Learning to fully experience and express feelings.
• Fostering empathy and respect for the feelings of others.
• Develop respect and acceptance for self and others.
• Master new social skills
• Stronger family relationships

Merriam-Webster Dictionary defines a stressor as a stimulus that causes stress. A stressor can result from internal or external sources, be positive or negative. Despite their origin, stressors come with some degree of stress, impacting the family unit.

Each family has its own unique set of stressors. For example, the anticipation of a new baby, a parent starting a new job, the family moving into a new home, etc. Family stressors have a significant impact on the home environment and the quality of relational connections within the family unit. According to the Center on the Developing Child at Harvard University, “Infants and young children are affected adversely when significant stresses threaten their family and caregiving environments.” Hence, family stressors significantly impact a child’s emotional growth and development in addition to their view of the world and future relationships.

Although parents often try to lessen the effects of family stressors, children still experience them to some extent. Families that struggle to effectively navigate through stressors with children can result to anxiety, depression, self-esteem issues, or other psychological and emotional challenges. Families who are able to recognize triggering stressors, assess the level of stress within the living environment, and provide effective strategies increase the likelihood of children learning skills that will serve them over a lifetime. 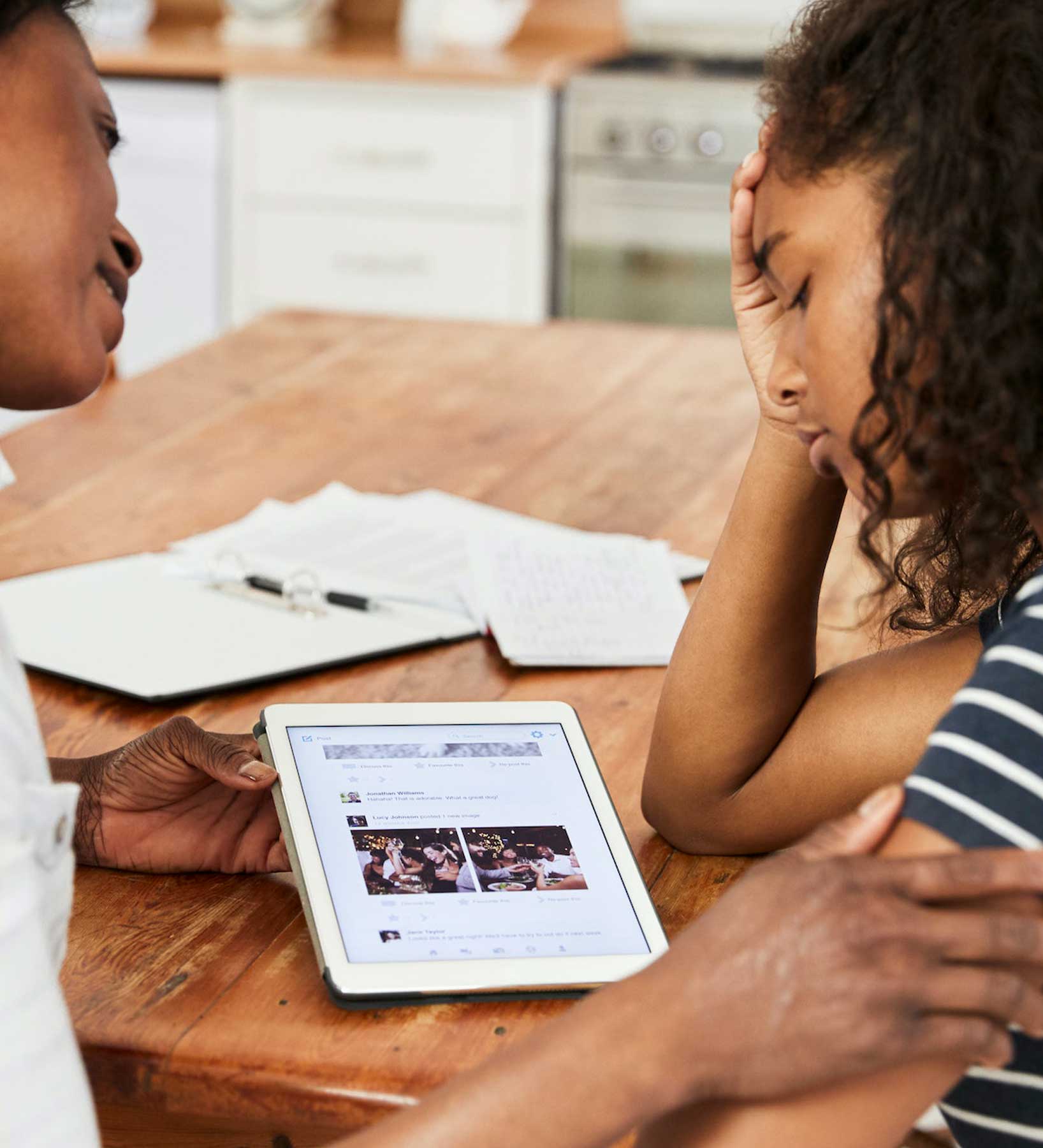 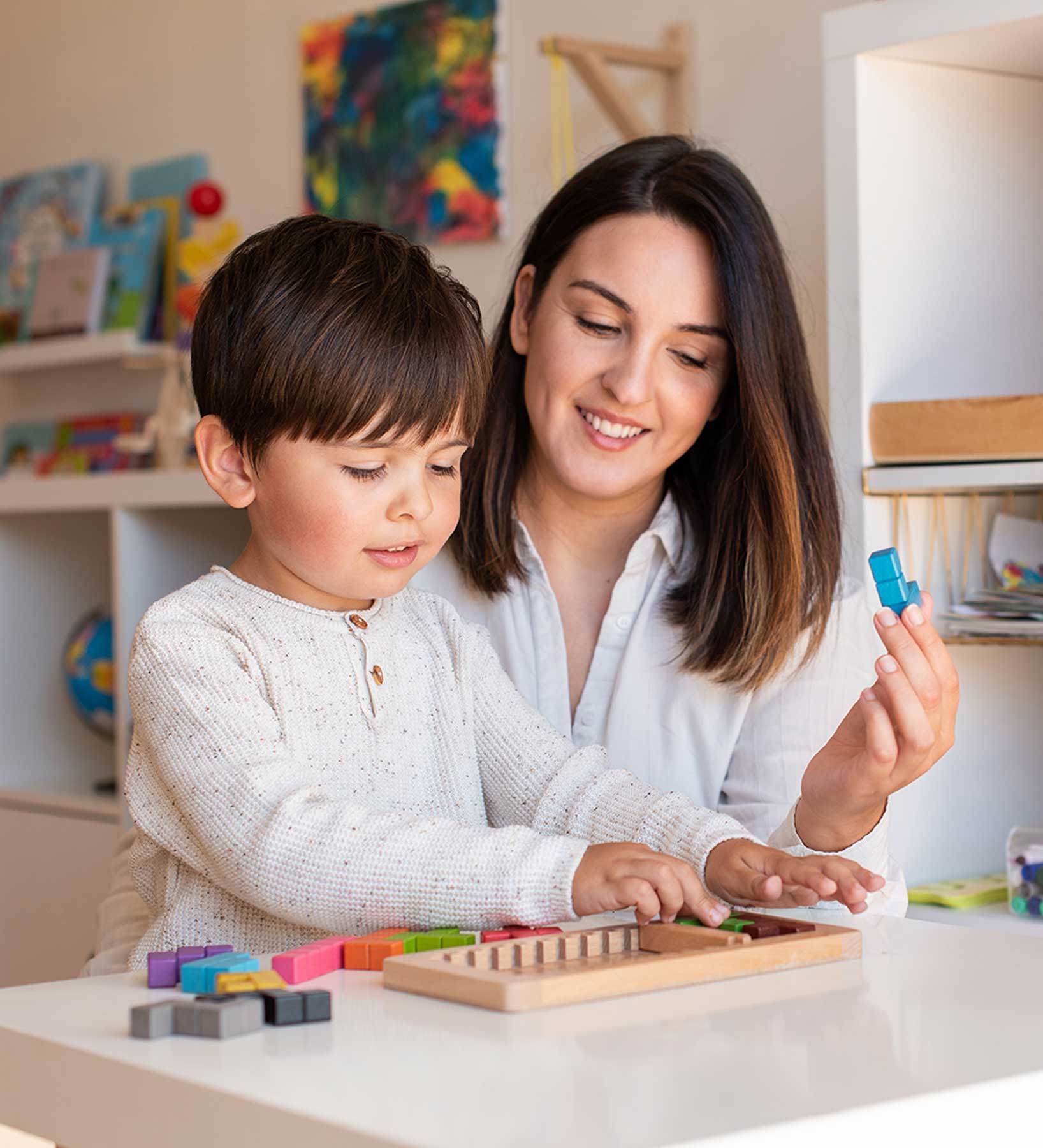 According to the Center for Disease Control and Prevention (CDC), Attention-Deficit/Hyperactivity Disorder- (ADHD) is one of the most common neurodevelopmental disorders in children. Neurodevelopmental has to do with the brain’s ability to create and grow neurological pathways that influence social, emotional, and cognitive functioning. ADHD disrupts the brain’s usual functioning as a result of inattention, hyperactivity, or impulsivity.

ADHD is often first diagnosed during childhood and usually continues through adulthood for most individuals. Originally, the terms Attention Deficit Disorder (ADD) and ADHD were used to differentiate an inattentive presentation (ADD) from a hyperactivity-impulsive presentation (ADHD). Today, ADHD is the general term with three subtypes:

Predominantly Inattentive Presentation– The child has trouble with organization, prioritizing, and finishing tasks. They also frequently daydream and have difficulty paying attention to details and following instructions. In addition, the child struggles to remain present during conversations and remember details of their daily routines.

Inattentiveness is typically seen in girls who are usually underdiagnosed. For example, girls with ADHD might appear distracted, “living in their head,” or forgetful. As a result, the adults around these girls miss the connection between the behaviors and symptoms associated with the observed challenges, especially in the absence of hyperactive or disruptive behavior seen most times in boys.

Predominantly Hyperactive-Impulsive Presentation– Hpyeractive-Impulsive child is typically observed as fidgety, talks excessively, and has difficulty remaining seated or still for more than a few minutes. These children are like “little motors.,” always on the go. Often the behaviors are apparent during quiet time at school, mealtimes at home, or when completing homework. Younger children often run, constantly jumping, climbing, or have difficulty slowing down or stopping. In addition, the child may impulsively interrupt others’ conversations, grab or take things that don’t belong to them. Additionally, the young person may struggle with listening to and following directions, taking turns, and blurting out answers or comments at inappropriate times.

Combined Presentation– Includes symptoms from the above-described subtypes and are equally present.

Depression is experiencing irritability, anger, hopelessness, helplessness, or frustration for long periods, sometimes weeks or months at a time. Depressive feelings can make it challenging for children to complete daily routines, function at school, and interact with friends and family as they usually would. Simply getting through a day or enjoying activities that once brought them happiness is heart-shattering for parents to watch. Depression beginning in childhood and adolescence are reasonable predictors for future episodes of depression into adulthood.

The National Institute of Mental Health estimates that more than 10 percent of adolescents ages 12-17 experience major depression in a given year. In addition, the Centers for Disease Control and Prevention indicates that 4.4% of children ages 3-17 (approximately 2.7 million) were diagnosed with depression between 2016 and 2019.

Occasional sadness or hopelessness is a normal part of a child’s growth and development. However, when persistent sadness, helplessness, or hopelessness are present, it is time to seek professional support. Other signs of needing to reach out for mental health support are: 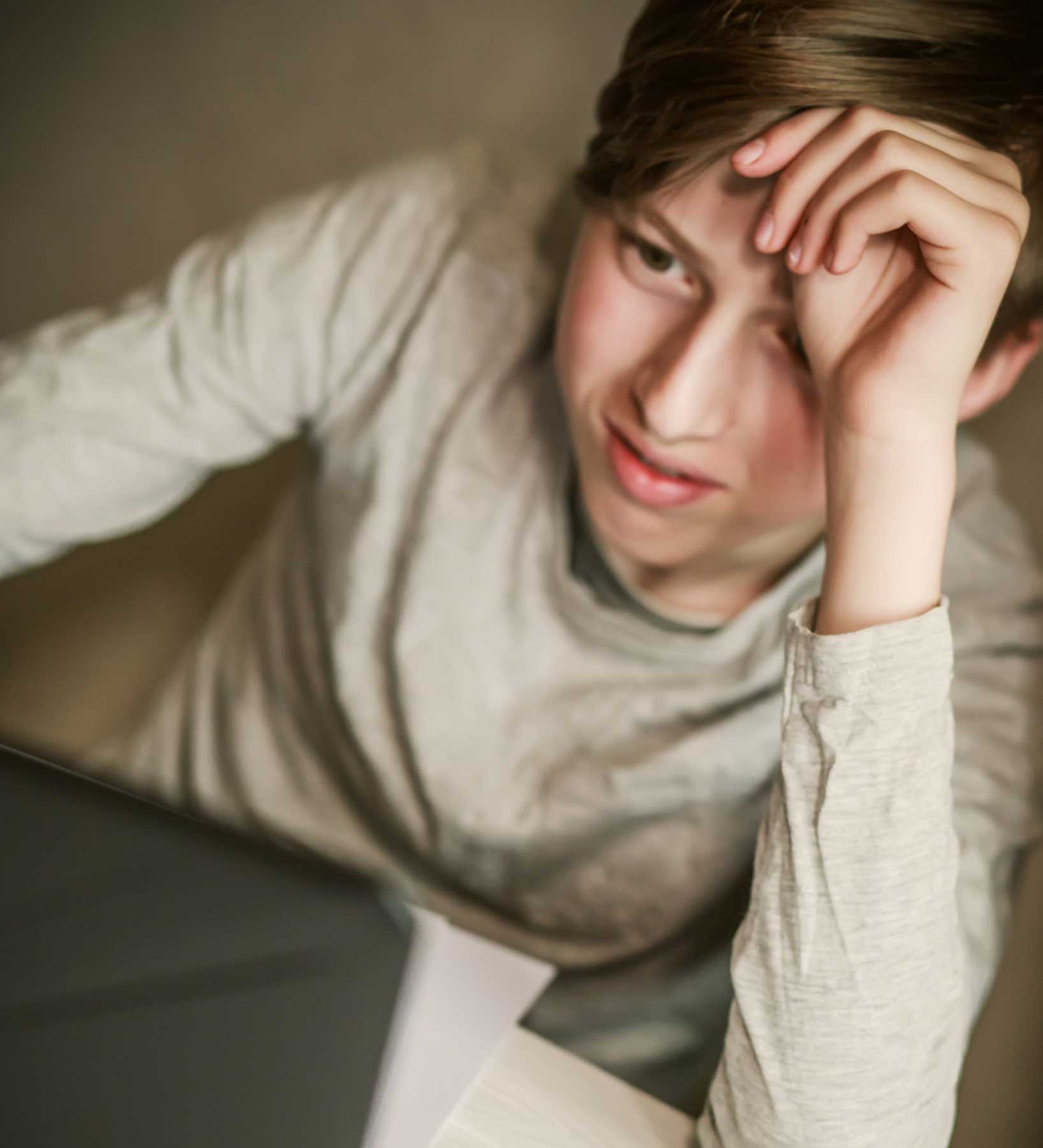 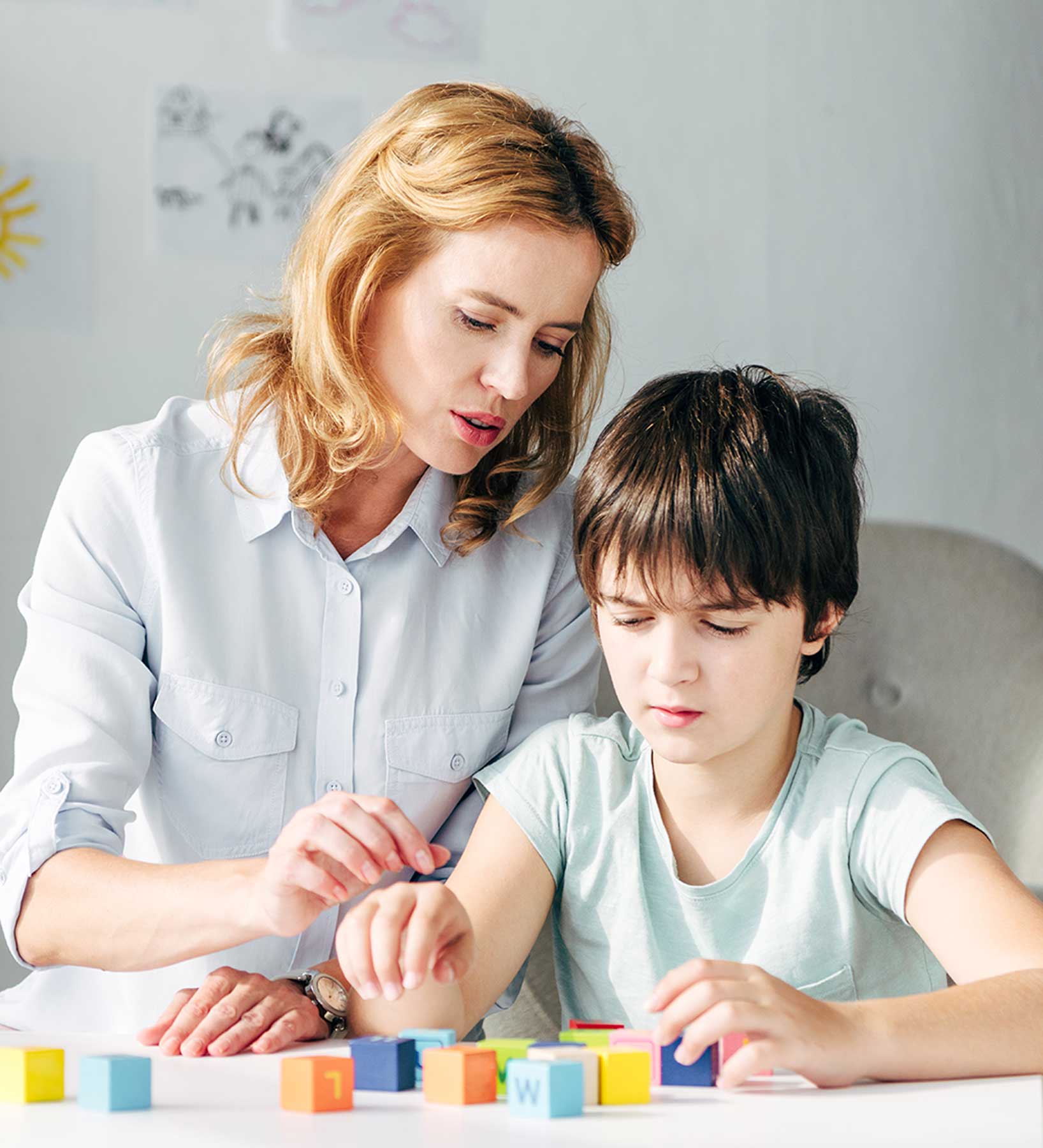 Many children experience fears and worries throughout childhood. They may even struggle with feeling sad and hopeless at times, which is a normal maturation process. Even intense fears may appear at different times during development. For example, very young children often experience distress when away from their parents, even in a positive and safe environment. Although fears and worries are characteristic during early childhood, persistent or extreme presentations of fears could result from anxiety.

Fears and worries become a concern when a child fails to mature beyond the challenges as they progress through childhood or when excessive worries and anxieties interfere with school, home, or play. Long-term anxiety can significantly interfere with a child’s development, relationships, and academic performance.

Symptoms of anxiety vary across individuals as well as the age of the child. Some examples of behaviors seen in children leading parents or trusted adults to become concerned may be, but are not limited to:

Parenting is one of the most challenging and demanding jobs that yields the highest reward in life for most. Naturally, parents don’t get paid for their hard work. However, they certainly spend a lot of time, money, energy, and effort to grow and develop healthy human beings. Therefore, stress is inherently a part of parenthood, along with other life stressors such as finances, relationships, work, and more. Yet, while devoting themselves to these wonderful humans, some parents experience exhaustion, loneliness, fear, and confusion when their child shows signs of emotional or behavioral challenges. This change can lead to increased parental stress.

The APA Stress in America 2010 survey revealed that 69 percent of adult respondents recognized that personal stress affected their children. While four in 10 children reported feeling sad when their parent was stressed or worried. Additionally, one-third of the children respondents between ages 8 – 17 believed their parent had always been or is often worried or stressed out about things. Considering the survey’s findings, it is evident that parental stress can significantly impact their children’s emotional and mental
well-being.

Just as children sometimes need support to feel better, so do parents. When a child experiences emotional or mental distress, the parents often feel like they have failed, are overwhelmed, worried, and hurt for their little one. Some parents show up daily despite their own emotional pain or mental health struggles.
They are tirelessly seeking resources and trying different ways to find relief for themselves, their child, and the entire family.

Parents are important and valued at Lighthouse. Your story, Your journey as a parent, You matter. Parent support includes listening to your unique situation to identify your parental goals, education, training, and consultation. Let Lighthouse be your Beacon of Light and Hope as your child travels down their path to healing. You don’t have to do this alone. 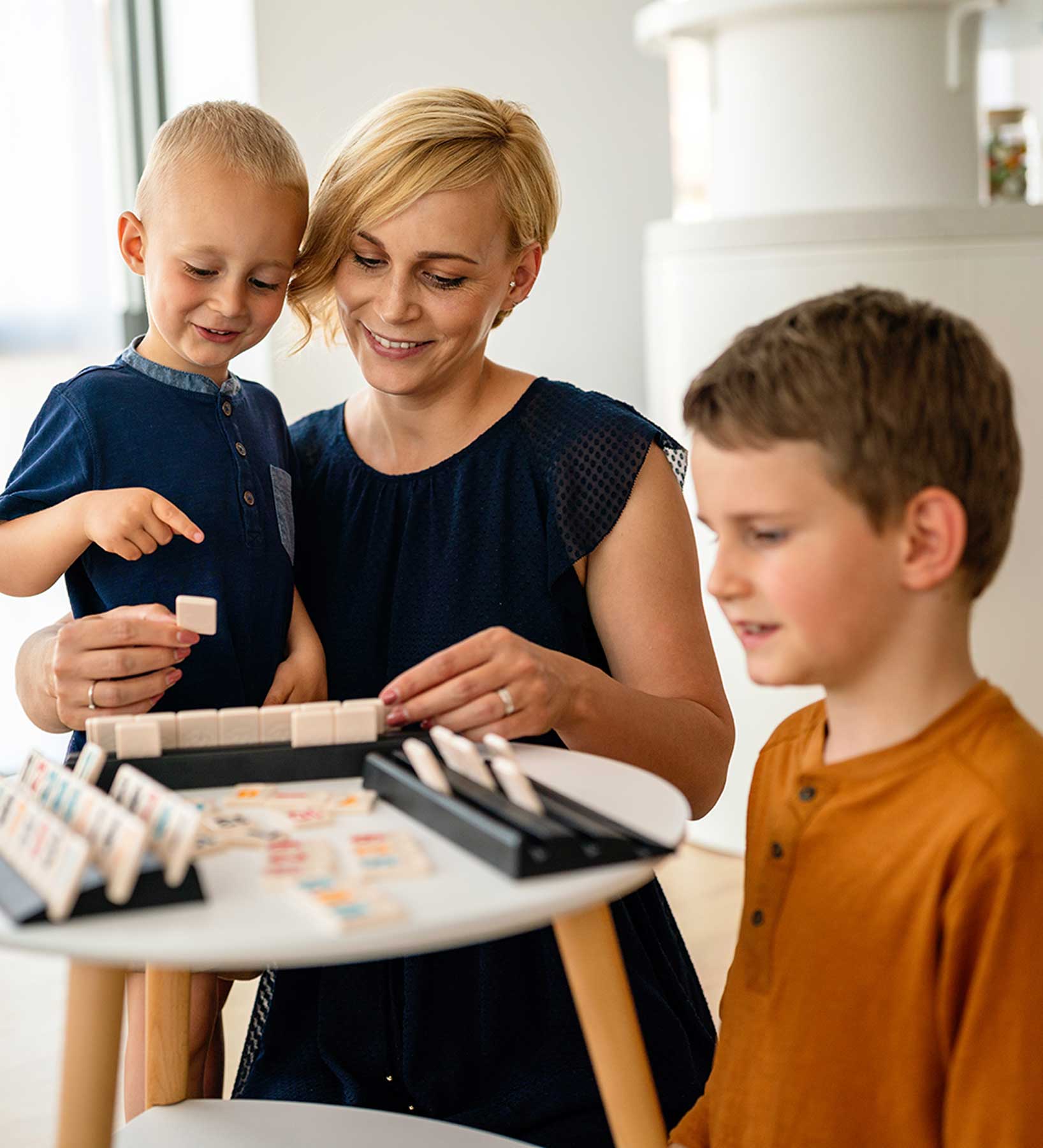 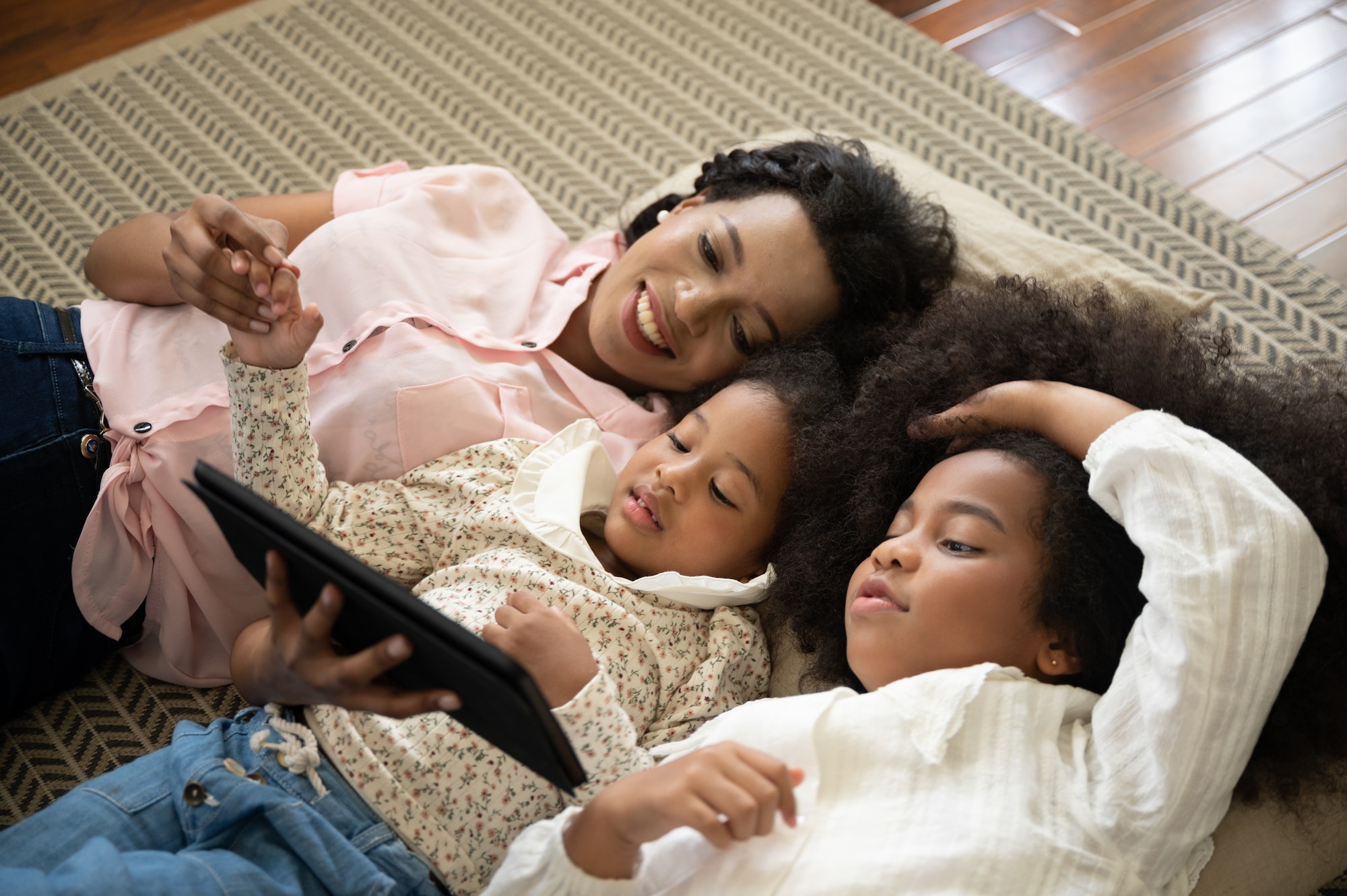 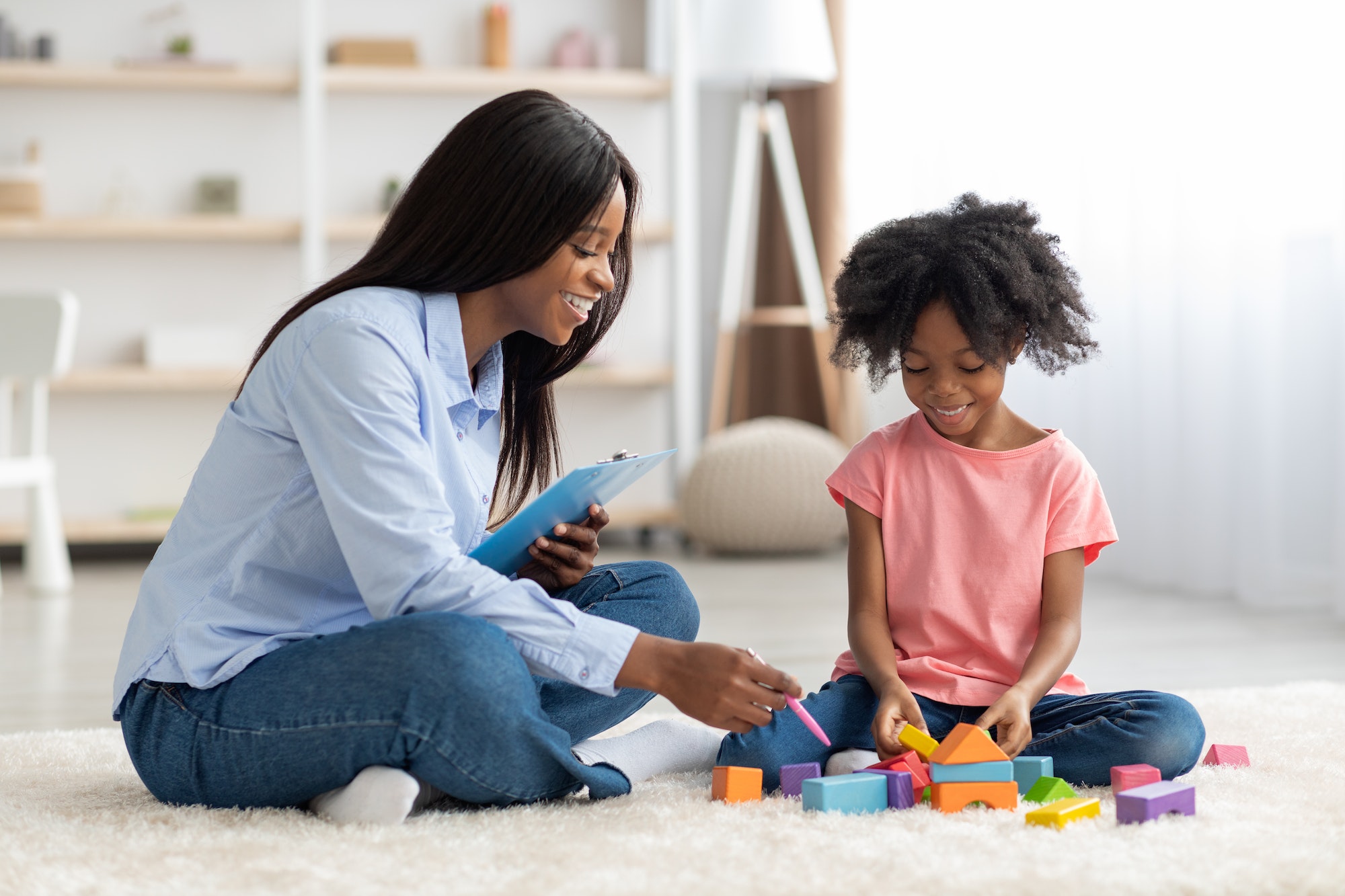 Giving An Advanced Level Of Therapy

We work with a goal-oriented approach. Building mutual trust and feeling like we are a good fit for one another is an important part of the healing process, so we want to get to know you.  That’s why we spend time at the beginning of the therapeutic relationship getting to know you and what your expectations and desires are for your child treatment.

If you would like information about who we are and the different treatments we offer then feel free to sign up.